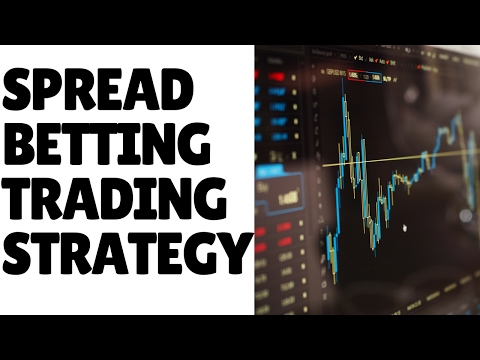 Why you should support Hong Kong and oppose China (Part 2)

This is a continuation of the last post I made, highly suggest you to read it first!
--------------------------
D. You want your intellectual properties to be yours
China is famous for making bootleg stuff and it do be quite funny sometimes, but if you are the copyright owner you may not find it funny. If the manufacturer copied the products close enough, people go buy their products instead of yours and you don’t get the money that you deserve. Also, your original idea/design now got taken without any cost, which hurts a lot. Sadly, China often allow it to happen with its biased legal system.
First, let’s take a look at trademarks. in China trademark registration uses the ‘first to file’ principle instead of the commonly used ‘first to use’ principle, which allows local merchants to use trademarks from famous brands outside China if the brands haven’t registered it locally. Even Apple lost the battle in the attempt of getting its ‘iPhone’ trademark back(twice in a row!). Although other well-known brands such as New Balance has won the lawsuits, most of them still needed to go through the appeal process. If even global brands aren’t being respected in China, if you are a small-scale/newly founded company owner you just have to admit defeat.
Original designs are also being taken by Chinese merchants too. The designer of the selfie-friendly phone case Stikbox got his product pirated before his product even finished being crowd-founded. If you surf Taobao/AliExpress often you would know how cheap the products on them is, but they are often at a lower quality (see Chinesium) or pirated from somewhere, just like the phone case in this case (haha pun not intended).
China won’t know you are unhappy about that if you keep quiet. Urge China to make its legal system less biased towards local merchants and provide more guidelines for intellectual properties protection. If you/your friends or family is a merchant or designer of some sorts, you should speak out for yourself/themselves so that you all can get the reward for your hard work.
​
E. HK needs to be kept balanced, as all things should be
Hong Kong has always been an essential port for capital to flow out of and into China. A majority of foreign investors uses Hong Kong as a stepping stone to access China’s market. Also, as RMB is still far behind from being a widely used global currency but HKD is directly tied to USD, it’s natural for China to carry out most RMB-based payments in Hong Kong so as to make indirect connections between RMB and USD. In this case, Hong Kong having a strong relationship with China benefits the global community.
However, if Hong Kong is too close to China, investors and merchants will be scared away. Hong Kong’s independent, unbiased and reliable judiciary and governing system are widely acceptable in the western society, enabling Hong Kong to be given a unique status from the global community not found in anywhere else, such as US-HK Policy Act. Therefore, if Hong Kong starts to adapt to the China way of doing things, Hong Kong’s most critical advantage will be gone.
In order to maximize profit for investors or entrepreneurs like you, Hong Kong need to be in an equilibrium position, where there is just enough relationship between China and Hong Kong for people to invest in China via Hong Kong, but not enough influence to make the system unjust. However, from Cathay Pacific being pressured to lay off pro-democracy staffs, to CCP urging the legislation of national security bill under article 23, which can grant immense power to the government to suppress whoever they wants, China’s intervention to Hong Kong has become more and more obvious. China is trying to disturb the balance of Hong Kong, and it has to be stopped before everything collapses.
--------------------------
China never liked anyone to comment on Hong Kong’s affairs because apparently Hong Kong belongs to CCP fully(except that we don’t want to). Therefore, by supporting Hong Kong you can A. indirectly insult China because you support all actions against China and B. shows that everyone loves freedom and you want Hong Kong to have some too.
China trying to deprive us of freedom and HKPF’s overuse of force are all topics that I want you to keep an eye on. However, I deliberately leave them out of this article because sadly not much people are able to put themselves into our shoes. Even if we are crying and bleeding, it’s too distant for you to hear and see directly.
We are thankful of all the presses, councilors and all the people behind the scene that help spread the truth to the rest of the world, but IMO this anger-driven mode cannot create a long-lasting impact. Suppose you saw a piece of news about the police arresting hundreds of peaceful protesters on mother’s day and you were mad about that, how long would your emotion last? I bet after a week most people would move on with their life until another piece of news refreshes their minds. This is a real problem inside Hong Kong, let alone foreign areas. My mission is to relate the current situation to you personally, so that you’ll care about it a lot more and a lot longer.
If you are convinced and want to give your helping hand to Hong Kong, please tell me in the comments and I may write another passage on how you can do that.

Online gambling legislation and regulation. Starting your own gambling product.

GOOD NEWS THAT HAPPENED TO THE TRANP'S FAN

Why would you not spreadbet if you live in the UK?

Spread Betting Strategies and Ideas ... How to Make Money Trading Options - The Vertical Spread - Duration: 9:52. Sky View Trading 924,588 ... Investor Inspiration 111,745 views. Established in 1974 as the world’s first financial spread betting firm, we’re now the world’s No.1 provider of CFDs and spread betting* and a global leader in forex. Welcome to the official IG UK YouTube channel. Here you will find everything you need to become a successful trader. Learn more about IG's products, the econ... 🔵 Derivatives – In both CFD dealing and spread betting, investors do not own the underlying asset. 🔵 Tax – The main difference is the tax implications of spread betting vs. CFD trading. Do you consider yourself a trader or an investor or both? Do you only trade at certain times? What mediums do you use to trade? What kind of trader are you? (swing trader/momentum trader/scalper ...