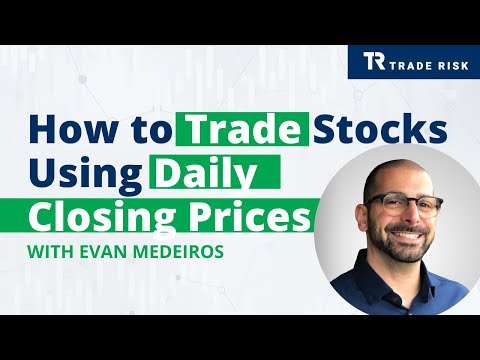 I am a professional Day Trader working for a Prop Fund, Hope I can help people out and answer some questions

Just thoughts after 3 years of Forex

Fun Fact: 90% of traders LOSE and net NO return on trades... you might as well gamble in a casino as the house always wins (for those traders); atleast that way you have fun.

Honestly I think the problem they are having (no offense) is one that many others are as well; that is a bunch of moon kiddies saw BTC reach its ATH and the hype surrounding it circa Q4 2017 and thought to themselves that this is a "get rich quick scheme" and that it's "not so hard" and they'd make a killing only to realize its not half as easy as it looks...
​
As a seasoned swing-trader who's been doing this full time since q3 2015; i can tell you that your chance to win the lottery passed in 2009, and thanks to the newbies I like to call "Mainstream FUDDERS", my chance to gain returns over 1,000% are LONG gone... IMHO 2016-2017 was the gold rush/golden age of crypto and we will never EVER see returns like that in the fiscal calender for the market EVER again.
​
last few years crypto market has been comparable to the band Nirvana circa 1989; they were touring worldwide but only had Bleach (which was a great album but still underground and they were still living off ramen & red bull (or in Kurt's case; amphetamines & heroin) while sleeping in their tour bus.
​
the shows were awesome. the ambience was great. the crowds were filled with die-hard underground punk rock fans and we weren't "normal" or "mainstream" but we loved it and embraced it. then smells like teen spirit and nevermind was released in 1991 and I would have to say Q4 2017 is sort of Bitcoin's "Nevermind" in the sense that it was never the same again and never will be the same again.... everybody is into it, everybody thinks they know it, yet 90% of them are pretentious & insecure losers who are trying to act like the wolf of wall st. cause they got lucky and got a decent return on one trade from mommy & daddy's allowance.
​
it makes me cringe when people who didn't even know the difference between a coin or a token or that blockchain and btc are not mutually exclusive try to lecture me about crypto or post their bullshit "TA" confusing everyone as well as constantly FUD/FOMOing and thus making conducting TA for the real traders who know what they're doing much more difficult to make accurate projections.
​
regardless, while the golden age has passed; crypto is still growing (just passed visa in processed transactions of 3 trillion this week) with no signs of slowing down despite the fact that we've been bearish for pretty much 3 quarters straight now (all of 2018 basically) yet i've still managed to net returns & earn profit in a game where the house always wins (atleast now)
​
i'm no whale by any means. i'm not a lambo moon kiddie either (not to be confused with a whale) as lambo kiddies are just idiots who stumbled upon BTC circa 2009 and happened to get lucky and hodl for 5 years then goes around touting youtube vids of their "btc lambo" and their "btc mansion" acting like they know anything about brokering whatsoever. I have however, made a modest living off forex trading crypto & have been blessed to be able to buy a house & car and feed my family. Do not mistaken me for a lambo moon kiddie; I got involved much too late for that... so unlike those bastards I had to earn every penny I got swing-trading using strategies & formulas I had known and learned from stocks and just ran with it from there to develop my own formula.
​
this is my biggest concern; the bubble may or may not burst is the argument we had back in the day (2-3 years ago; which is "back in the day" considering crypto market moves like dog years) and now i'm not worried at all that btc will collapse because it's become mainstream. however i am worried that the FUDDERS (no offense again) like yourself will end destroying the community like Nirvana in 1994 when Kurt blew his brains out.
​
with that being said; there's nothing wrong with wanting to get involved in crypto or being new to crypto; just be modest, humble, don't post TA & HODL don't bother trading cause you don't know what you're doing and don't EVER try to lecture or disparage a seasoned broker if he's giving you advise/TA, you should be appreciative of it and be willing to learn not thinking you know more than him or trying to outwit him.
​
we see this all the time on cryptotwitter, the FUDDERS that joined up post Q4 '17 who have a massive following posting "TA" that gets tens of thousands of views due to their massive following (that they only have because they're earned it in some other capacity, whether blogging on youtube or w.e) and the man with 400 followers gets 20 likes on TA that's 100% accurate. hidden gems I like to call them. those are the people you want to follow. not the ones who have a shitload of followers, but the ones who are accurate. it's hard to find them; but the needle in the haystack is made of gold so it's worth looking for.
​
on that note; best of luck to you, and sorry if I offended anyone, but the truth hurts.
​
Peace & Love
​
- A random guy.

Forex trading is a huge market. Billions are traded in foreign exchange on a daily basis. Whether you are an experienced trader or an absolute beginner to online forex trading, finding the best forex broker and a profitable forex day trading strategy or system is complex. So learn the fundamentals before choosing the best path for you.. With this introduction, you will learn the general forex In 2016 alone over 250,000 traders read over 18,500 forex broker reviews from our database and added almost 2,500 new ones. Combined with our investigations, traders court activity, and early scam alert warnings we are aware of many forex brokers that are likely to be stealing traders money right now. Stop-loss trading is one of the most important tools in trading stock, Forex, commodities, and cryptocurrencies. If you want to have longevity in the markets, then you absolutely need to use a stop-loss trading strategy.Throughout this guide to stop loss trading you will learn how to deal with the fear of losing money in trading by using a stop-loss order. Currency Trading Strategies that Work in 2020 – The 3 Pillars. Day Trading Cryptocurrency – How To Make $500/Day with Consistency. Forex Trading for Beginners. How to Trade With Exponential Moving Average Strategy. Shooting Star Candle Strategy. Swing Trading Strategies that Work. The Best Bitcoin Trading Strategy – 5 Simple Steps (Updated) The bottom line, trading end of day prices smooths out the day to day noise and gives you fewer, cleaner data points to work with. End of day strategies focus on more reliable signals In the game of poker, the most desirable position at the table is the last person to act, this is called being on the button, otherwise known as the dealer.